Energy and Construction - A Production Run of 1 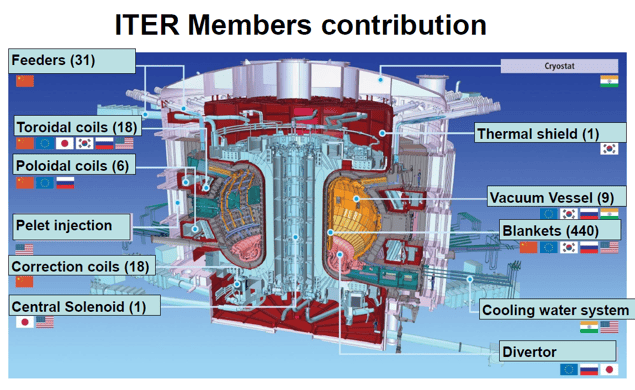 ITER is a truly global project, with 35 nations contributing to its construction.

ITER implemented the use of 3DCS in the design and assembly of a Fusion Plant in Cadarache, France.

This is the largest fusion reactor to ever be built, and is a monumental feat in of itself. As the model design, only one is being built, but must be built right. This means meeting exacting specifications, requiring extensive simulation and testing before assembly.

Scroll down to learn more.

ITER is now finding that many of its engineers now prefer to wait for analysis results before their “next move” as the data helps to “drive the decision making process."

ITER is a joint international research and development project that aims to demonstrate the scientific and technical feasibility of fusion power. The partners in the ITER Project are the European Union (represented by EURATOM), Japan, The People’s Republic of China, India, The Republic of Korea, the Russian Federation and the USA. ITER will be constructed in Europe, at Cadarache in the south of France. In the core of ITER, a mixture of two hydrogen Isotopes (Deuterium and Tritium) will be heated up and compressed by means of large magnetic fields, at the condition similar to those necessary to operate a fusion powered electricity production plant.

Dimensional Control Systems was contracted by ITER to dimensionally assess several aspects of a Fusion Plant. For over eight months the DCS Team meticulously created 3DCS Tolerance Analysis Models representative of the design and manufacturing processes of the ITER plant.  The mission set forth to DCS by ITER is clear: to streamline selective dimensional aspects of the product and assure that all components assembled the first time, without the need for rework or modification whatsoever. “The complexity in assembling a fusion plant necessitates an intricate assembly process”, states Bob Kaphengst – President and CEO of DCS.  Mr. Kaphengst credited the “robustness” of 3DCS for being able to handle many non traditional assembly methods.  The assembly process required significant modeling complexity, which was handled fairly easily utilizing the capabilities of 3DCS such as the ability to model multistage assemblies, pin-ability, hole winking, collision detection, etc.

The use of 3DCS at ITER is producing many positive influences to the design and assembly process.  3DCS tolerance analysis modeling is supporting ITER in the realistic establishment of tolerance requirements with respect to function, performance, and cost. The up-front analysis is proving to be undeniably beneficial early enough in the project where changes can be made with no negative effect on cost or timing.  The cost and time saved by these early changes can be assumed to be significant. 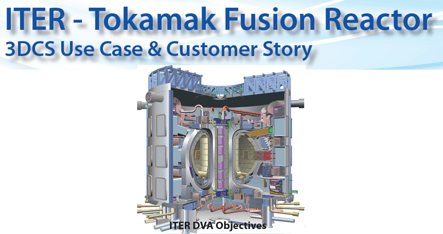 Completion and Management of the ITER Tolerance Model 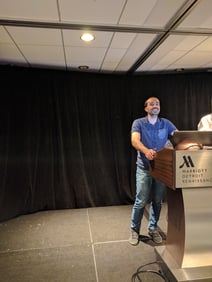 Pierric Leonard presented the latest updates in the ITER Tolerance Model, being used to drive production in the ITER assembly.

As Pierric Leonard put it,

ITER ("The Way" in Latin) is one of the most ambitious energy projects in the world today.

In southern France, 35 nations are collaborating to build the world's largest tokamak, a magnetic fusion device that has been designed to prove the feasibility of fusion as a large-scale and carbon-free source of energy based on the same principle that powers our Sun and stars."

Here is a short video from the ITER Organization to give you an idea of what they are attempting to do:

It was once remarked to me that the ITER Tokamak is like a Swiss Watch, only the size of six football fields! 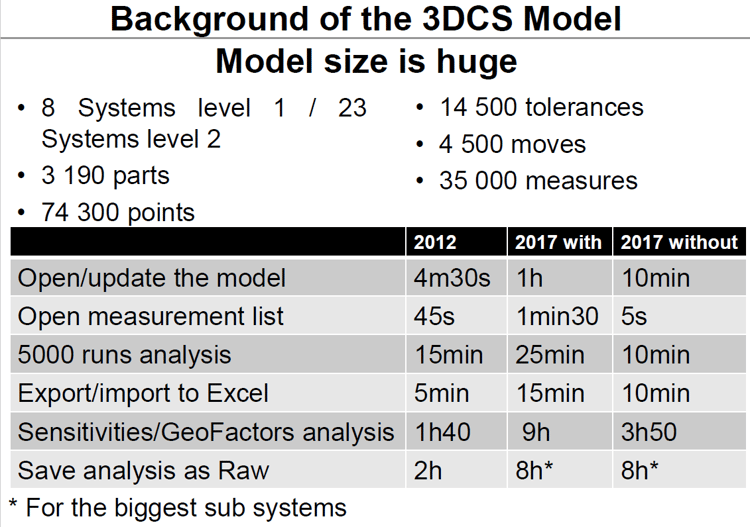 Pierric Leonard's presentation was a great example of methods used to manage large amounts of data, and of methods of reducing simulation and interaction times. 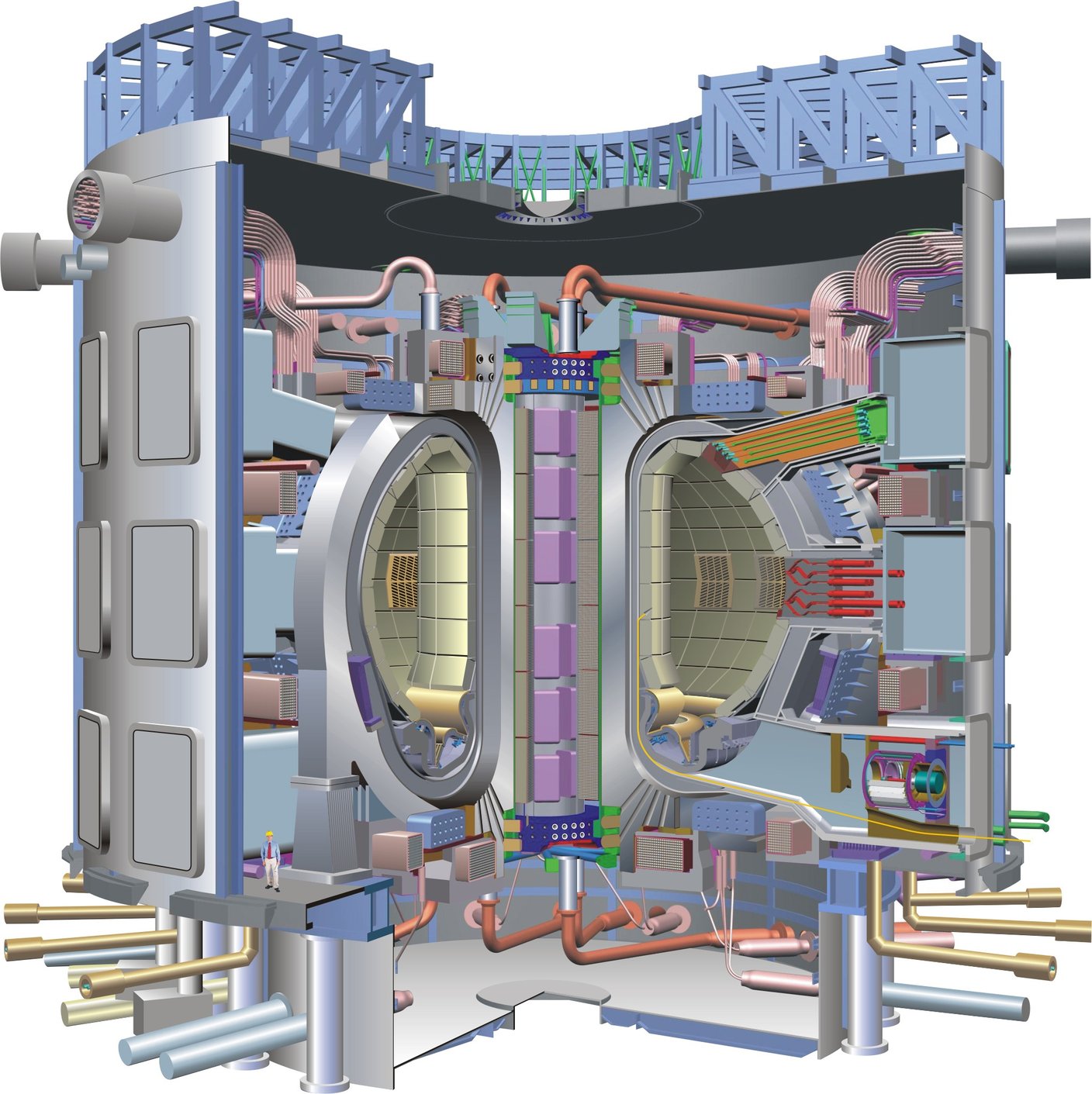 With major components coming from different countries, it is important that they fit together at final assembly. With 3DCS, the team is working hard to make that a reality, and it is truly an impressive feat. 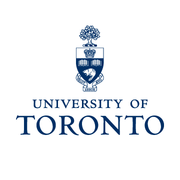 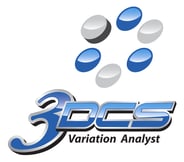 Producing assemblies that experience little to no rework during assembly fit-up is a perennial challenge in offsite construction. While the traditional response has been to solve geometric issues onsite at the expense of large rework costs, manufacturing optimization techniques can mitigate these issues upstream. Tolerance analysis is one such method that is widely used in manufacturing to predict if problems will occur from the accumulation of tolerances and dimensional variability.

This article demonstrates Monte Carlo tolerance simulation on a prefabricated construction assembly, where variations up to 37 mm are identified compared to as-built deviations which range up to 30 mm. Process optimization is also explored, where risk of rework related to dimensional variability is reduced by 65.6% through selection of alternate fabrication processes. 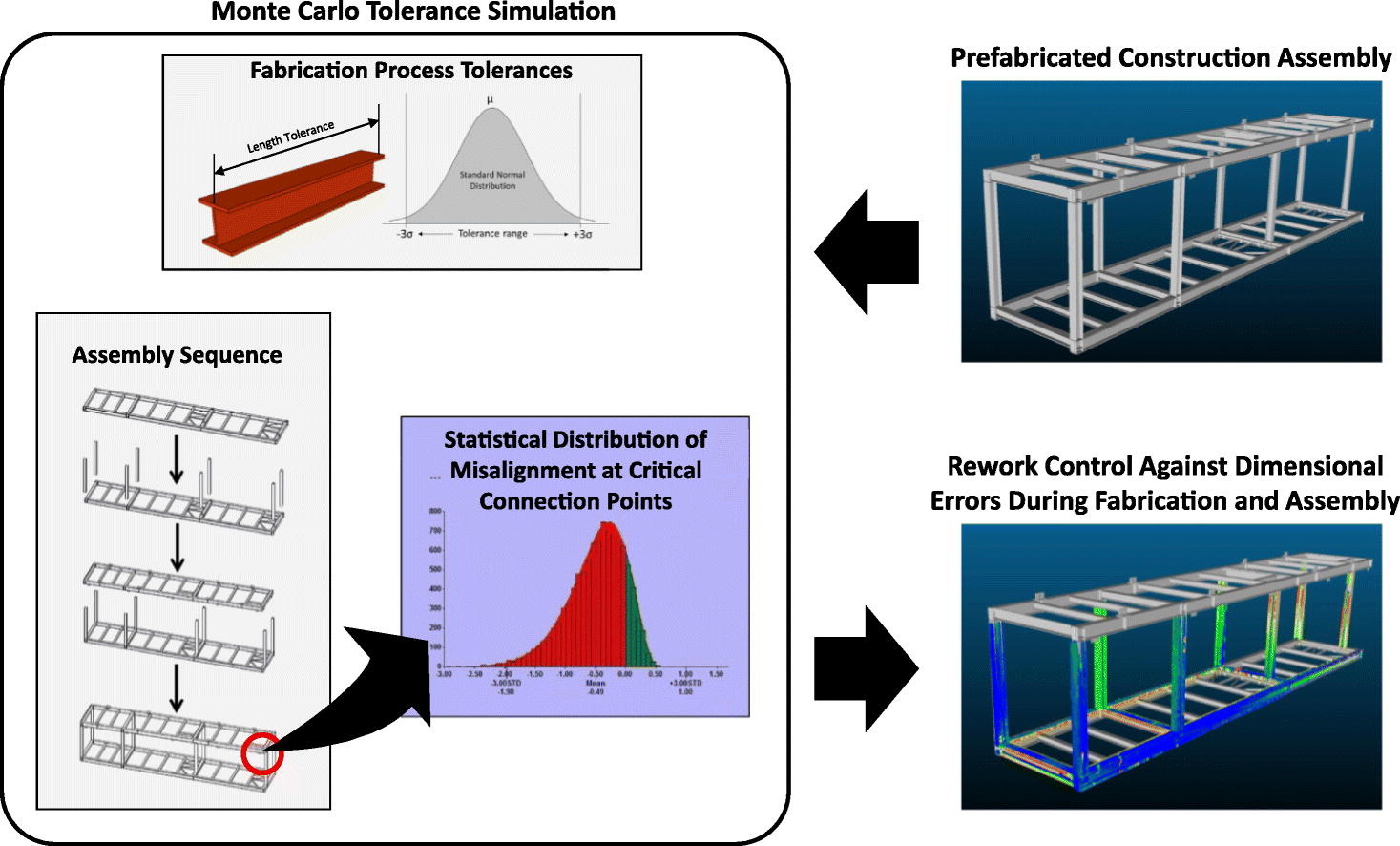 Tolerance analysis through Monte Carlo simulation is shown to be a proactive design tool with several key advantages for prefabricated and offsite construction.

2. Secondly, potential misalignments at key connection points can be identified and quantified in terms of a probability distribution of variation.

3. Finally, design improvements can be achieved by comparing alternate construction processes to mitigate the risk of assembly rework.

Contact DCS below to see the presentation and learn more