3DCS Mechanical Variation Modeler is built on the 3DCS platform incorporating 3DCS Mechanical Modeler into its base functionality to model complicated linkages and mechanical assemblies with easy to apply Moves, Joints, and Constraints.

By modeling the assembly process, and determining the risk and source of part failures, manufacturers can optimize their design to account for both process and part variation, reducing non-conformance, scrap, rework, and warranty costs.

3DCS Mechanical Variation Modeler - What is it? 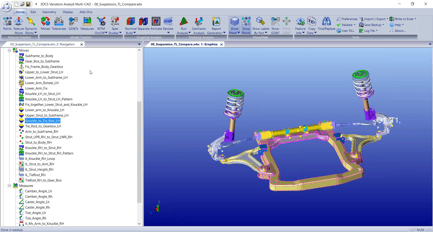 3DCS Mechanical is a standalone or CAD integrated application, designed as a less complex tool compared to 3DCS Variation Analyst, and focused on mechanical joints and constraints to make modeling more intuitive for mechanical assemblies.

3DCS Mechanical Variation Modeler, just like 3DCS Variation Analyst, gives outputs based on part and process variation. These can be input in a variety of ways, from CAD based PMI, extracting Joints and Constraints from CAD, to selecting  feature and point based options in the software. The final results are shown as statistical (Monte Carlo) and mathematics (Sensitivity) based outputs with toggle-able metrics including Cpk, Ppk, ranges, percent out of specification and a variety more.

Model Part and Process Variation - How does it work? 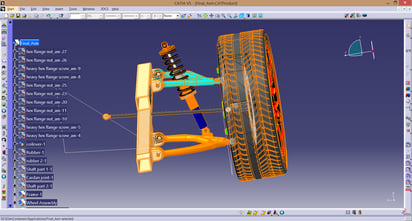 These analyses determine both the sources of variation as well as potential build issues in the product.

As a mechanical and kinematic based tool, 3DCS Mechanical utilizes the same joints and constraints as the 3DCS add-on module Mechanical Modeler. These functions allow the modeling of mechanical movements and analysis through a range of motion to determine the effect of variation on product function.

Modeling the build process in addition to their part tolerance stack-up , users can determine how the variation will affect the assembly. This together creates a true Digital Twin that can be used to make decisions about design changes and tooling while reducing scrap and rework.

What is in a 3DCS model? Click to Learn More 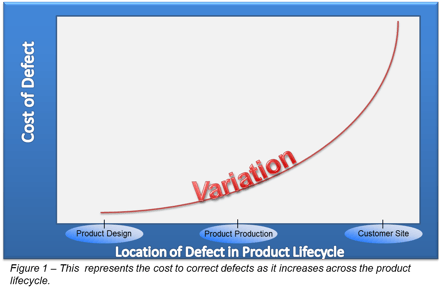 It is well known that the earlier in the Product Lifecycle an issue is found, the cheaper it is to fix. When a product is still in the digital design phase, an engineering change can be as simple as a click of a mouse. However, as soon as the product gets into the customers' hands though, a simple engineering change may mean recalls and warranty claims. This costs exorbitantly more than updating a CAD model.

Creating digital twins for tolerance analysis  has become an important part in many OEM's product development process. CAD simulation and analysis gives engineers the opportunity to validate their assembly process and tolerances early in the Product Lifecycle, and to make relevant, inexpensive changes before tools are cut. Simulation, optimization, and validation in the digital environment has been proven to save millions of dollars in production costs, and this number only grows as both the tools and the users become more advanced.

Advantages during the pre-production phase are root cause analysis - only recently we've actually really started using the software to root cause the problems. We've found that looking at the contributor lists, for example, really help us get to the root cause of the problems and propose solutions.

-- Use kinematics to create mechanical assemblies

3DCS Articles from the Blog

What does 3DCS Mechanical Variation Modeler offer your company?

Utilize the CAD Platform to Reduce Re-authoring of Data

3DCS Mechanical Variation Modeler reads in Joints, Constraints, and GD&T (PMI/FTA) to quickly tolerance and build your Tolerance Analysis models. This is a fast and effective way to begin your analysis, but also gives engineers the ability to validate the GD&T (PMI) and optimize it to improve product quality by tightening and testing areas critical to build quality. Additionally, understanding which areas of the product are critical, and which are non-critical to quality, allows the user to reduce manufacturing costs, by increasing (loosening) tolerances in non-critical areas. 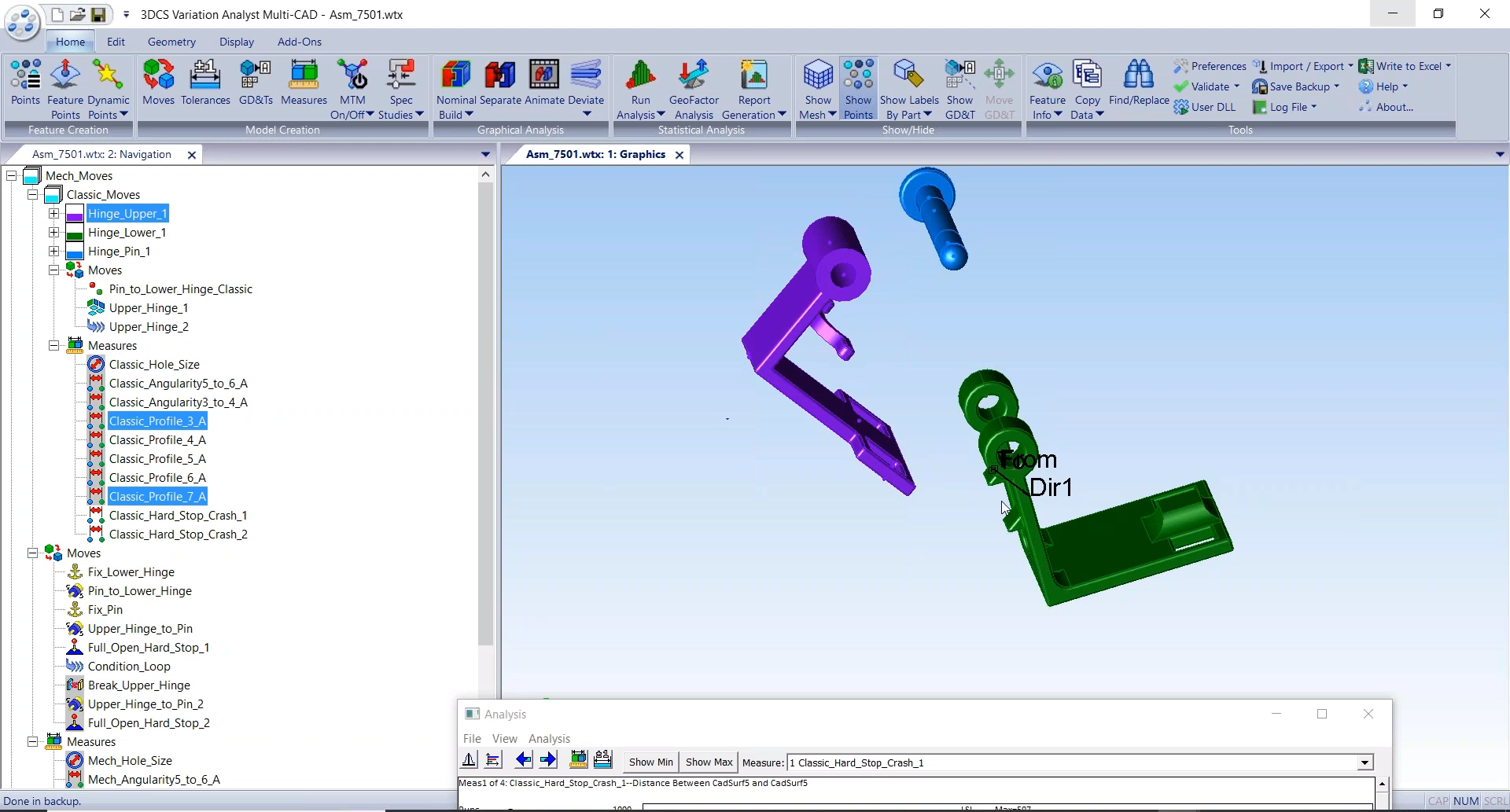 Utilize a Library of Joints and Constraints for Fast Modeling 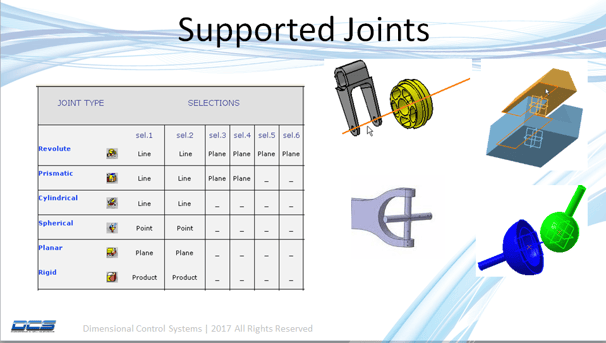 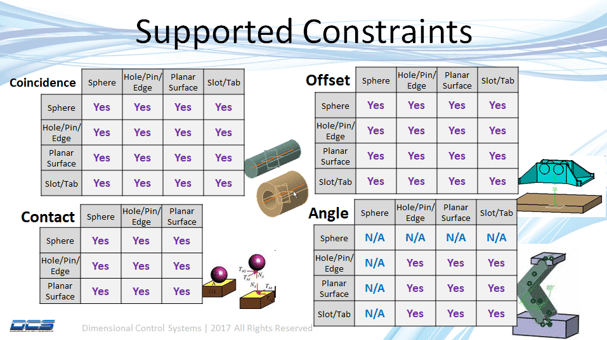 Find the Source of Variation and Improve Quality Through Iteration

Use 3DCS software to hone in on the source of variation, and then use iterative design changes to optimize your product for manufacture and assembly (DFMA - Design for Manufacture and Assembly).

Making changes to the design based on your simulation results, the answers become a button push away. Change the design in your CAD, adjust tolerances, change assembly processes, and quickly see the results. Compare and contrast different build strategies, locators, datum plans, tolerances, and other inputs to see how they affect your final product. 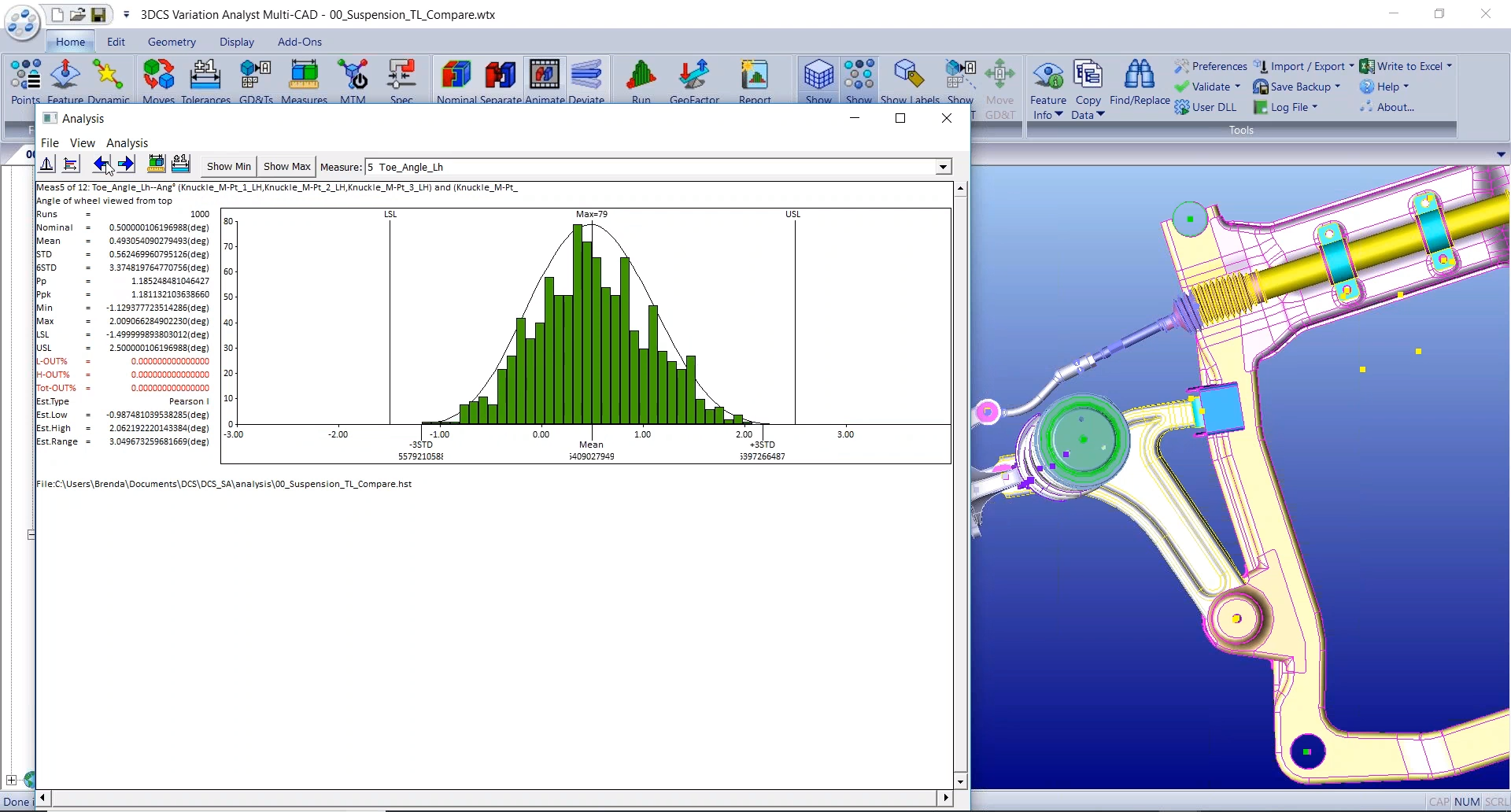 Collaborate and Present with One Button Reports

Generate either in-depth reports to collaborate with your team, or simpler summary reports to present to management with the push of a button

Create the reports you need from 3DCS with the push of a button: html, pdf, PowerPoint ppt or Excel. Use the reports to share information with colleagues, present on progress and your modeling strategy, to archive the model's information and inputs, or to summarize the results for managers and customers.

These reports are powerful tools for business as well. Used to generate coordinated measurement plans, they can be used to standardize measurement procedures and CMM routines for suppliers and OEM's. Use your reports instead to negotiate tolerances with your customers, whether they are suppliers, or OEM's, showcasing why tolerances need, or can be, loosened or tightened.

All of this without having to spend hours and days compiling images and data. With the push of a button, you have all the information you need. Customization options let you configure your outputs to meet each need, letting you create a variety of reports and outputs from a single model.

Utilize Kinematics to Analyze Through Range of Motion

Get a Free Demonstration from a DCS Engineer